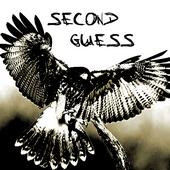 Second Guess is a five piece crust band from Kitchener/Waterloo, Ontario Canada and this is their demo, released in autumn 0f 2008. No much infos on their myspace, in their last entry there they announce the recording of new material for an upcoming 7" but there is this "Second Guess are fucking dead" Did they call it quit?
The demo delivers five tracks of hardcore/crust and the band offers it for free. There is neither d-beat nor scandicore here but a crusty version of hardcore. Sound is raw, there are rough yelling vocals and heavy riffs from double guitar attack while rhythms are in the mid-paced to fast-paced.

yeah we did call it quits.

yeah, we never got there haha