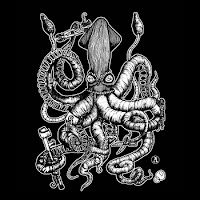 My apologies for the delay to the bands who sent their demo, there is no much free time lately and things in my country are shitty as can get. Anyway here's Cruthes from Malmö, Sweden and their fresh new five track demo tape: Crutches were born from the ashes of Project Hopeless: "in the beginning of 2010, when Jallas, from SSH, came in to the picture to form a new constellation together with Tom and Oskar along with the mad punk and anti-authoritarian behavior in the "Scam everything"-collective. Later on Pancho joined the band to put Oskar strictly on vocals. Some time passed without anything new, partly due to Toms jail sentence. Even though drums were recorded for the demo recording, problems in the logistics became the reason why we did not manage finish the recording. We had to make some changes since Pancho couldn't make the band because of living in the countryside. Therefore we decided to recruit Andreas to play the guitar around June, 2011. Now we've finally released five songs on a demo tape with four tracks from our dear friends on the b-side. Stay tuned for some more violent crushing A//E political d-beat madness straight out of Norragränges Malmö, Sweden! ", i just have to add here that Andreas (guit) is the person behind Folkzine. Music wise the tape delivers d-beat crust full of wrath and power for nearly nine minutes, vocals are yelled/screamed, some backing vocals pop up here and there and as expected beat is fast and steady, sound is raw and delivers the energy of band, in b side you will find some songs from bands that are Crutches friends (Contorture,Sepsis, Freedom and Crimen), the demo package includes "a booklet containing photos and lyrics and a poster. All wrapped in a black zip-lock bag with a sticker on it."
I ranted too much go get it from bandcamp, D-BEAT KRIGET ÄR HÄR!!!!